“Ginger oil is known as the “Oil of Empowerment” and is called in Ayurveda as Mahaushadha, meaning “universal medicine”, predominantly for its ability to heal the mind, body and soul.” 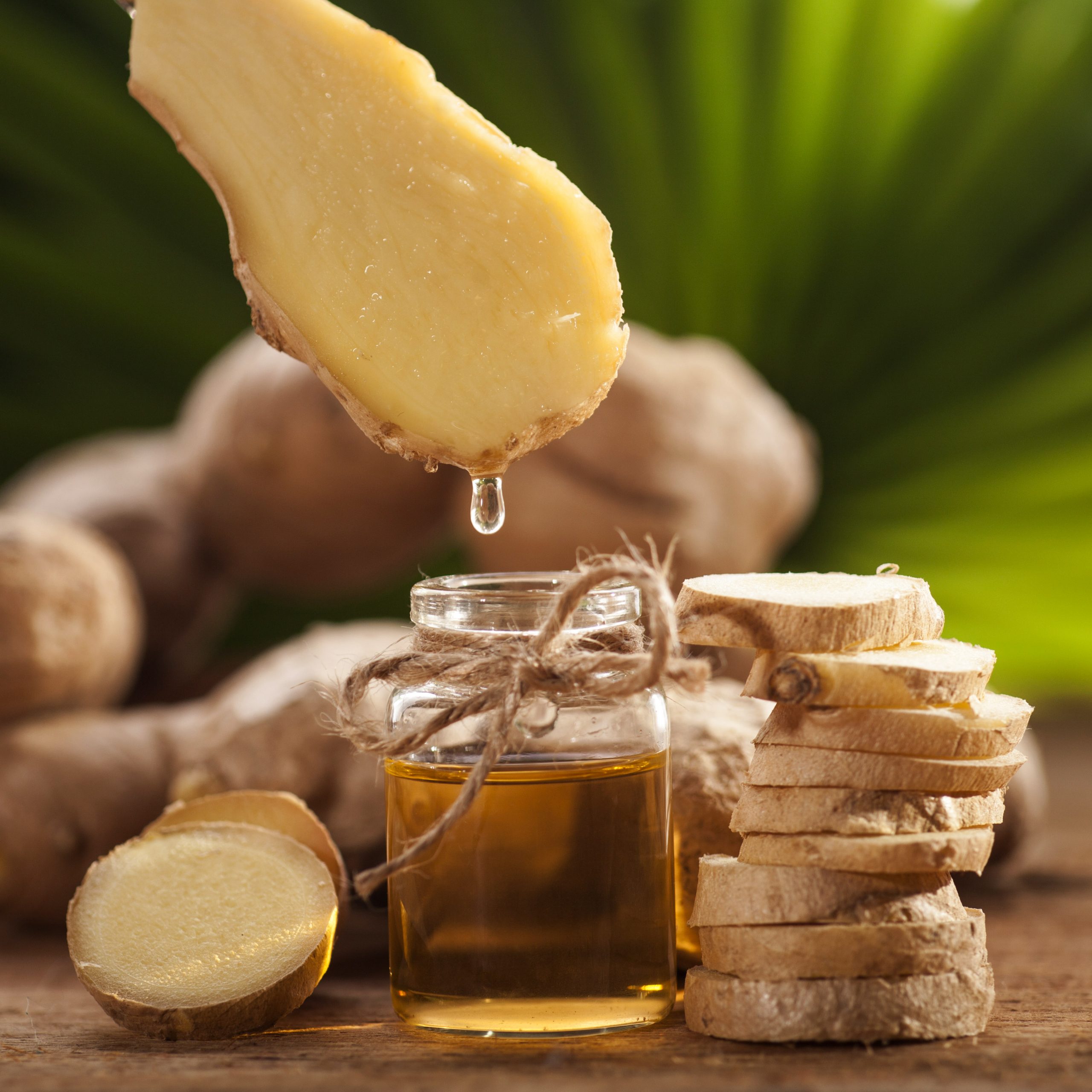 Ginger is one among the oldest of spices used for more than 4400 years across different cultures universally. With more than 1,200 species, Ginger has been proved scientifically for treating numerous health disorders. Its name is extracted from a Sanskrit word ‘srngaveram’, which means ‘horn root’.

The color of ginger essential oil varies from pale yellow to profound amber hue. It is a thick liquid whose viscosity differs from average to watery. The essential oil obtained from the ginger roots possesses a potent, zesty, pungent, peppery and warm fragrance that resembles the smell of real ginger.

Ayurveda, the oldest healing system on earth prescribes Ginger as a remedy for indigestion, flatulence, nausea, loss of appetite, morning sickness, bronchitis, menstrual cramps, respiratory infections, arthritis, cancer and for enhancing the immune power. It is also recommended for treating fear, hopelessness, instability and for rekindling the inner fire for ultimatum. 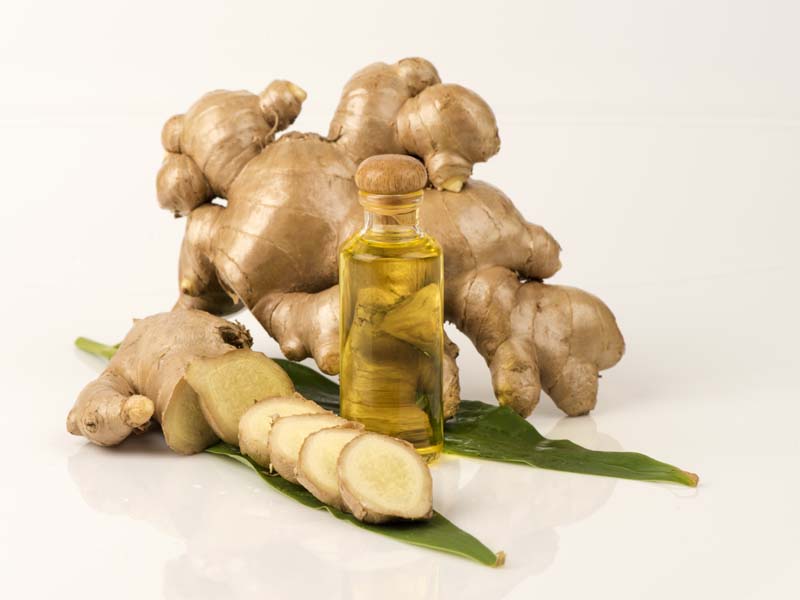 The essential oil obtained from ginger roots is popular in the West for its ability to help in digestion. In addition, ginger oil is also effective in treating toothaches, malaria, rheumatism and bacterial dysentery. When used as massage oil, ginger essential oil provides warmth to the skin. Hence, it is not surprising that ginger oil has traditionally been used to provide comfort to the body in the cold climates.

Chemical analysis of ginger essential oil has revealed that it encloses substances like gingerone, zingiberine, gingerin and gingenol. The fragrance of this oil is warm and fiery. It is also used for making perfumes. Apart from being used in medicines and perfumes, ginger essential oils are also present in many foods, soft drinks and beverages. 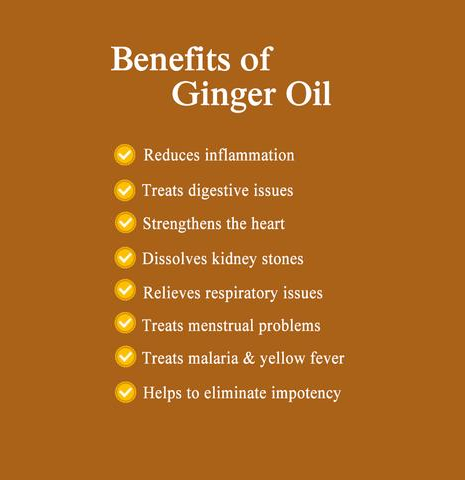 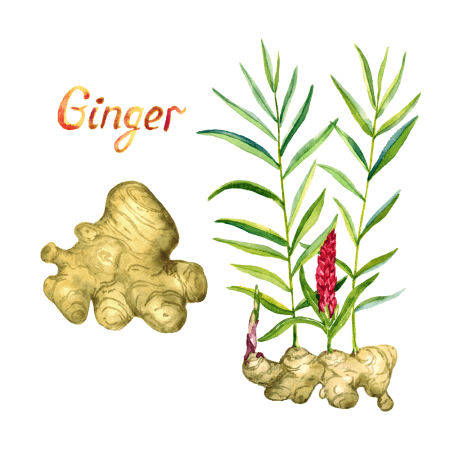 The health benefits offered by ginger essential oil notwithstanding, one needs to use it with precaution, as it is known to result in some adverse after-effects, especially when used in high concentrations. It is important that you should always dilute this essential oil with any suitable unadulterated cold-pressed vegetable oil before use. Ginger essential oil is known to possess hypertensive properties and, hence, it should not be used on individuals enduring high blood pressure or hypertension. This oil may also cause irritation of the skin in people having sensitive skin or suffering from eczema. 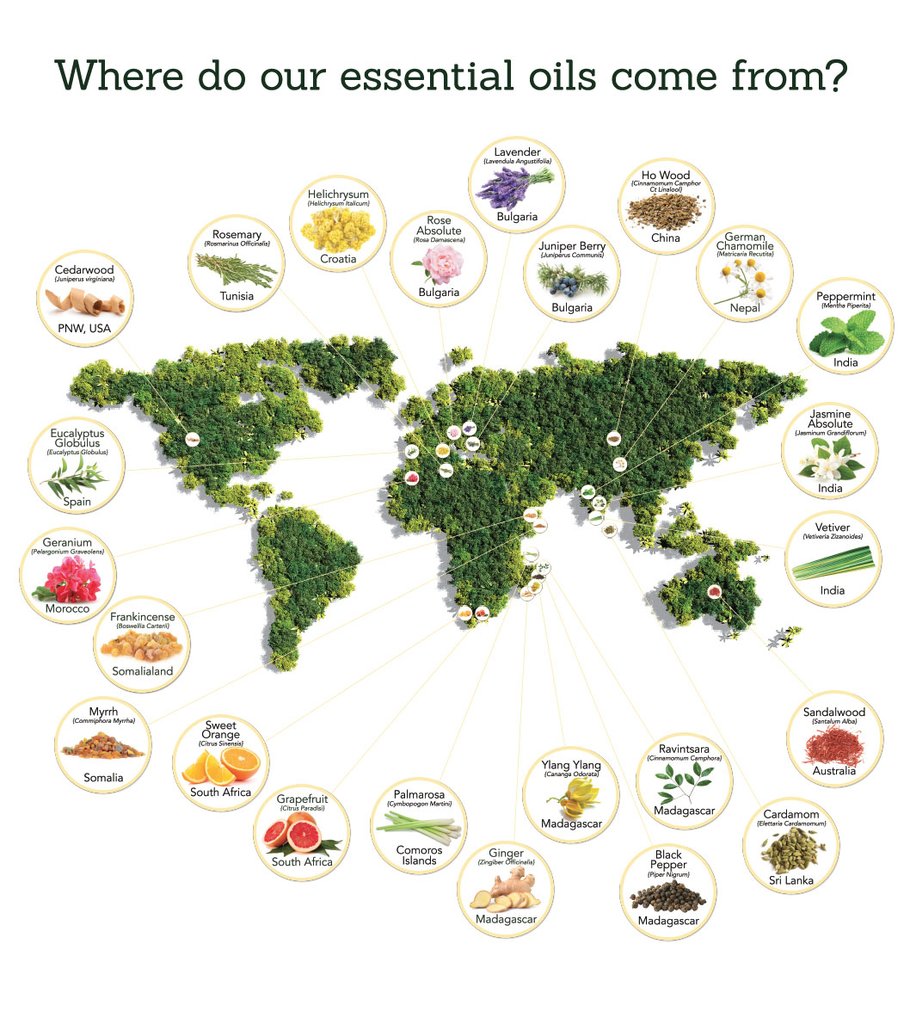 Be the first to review “Ginger” Cancel reply